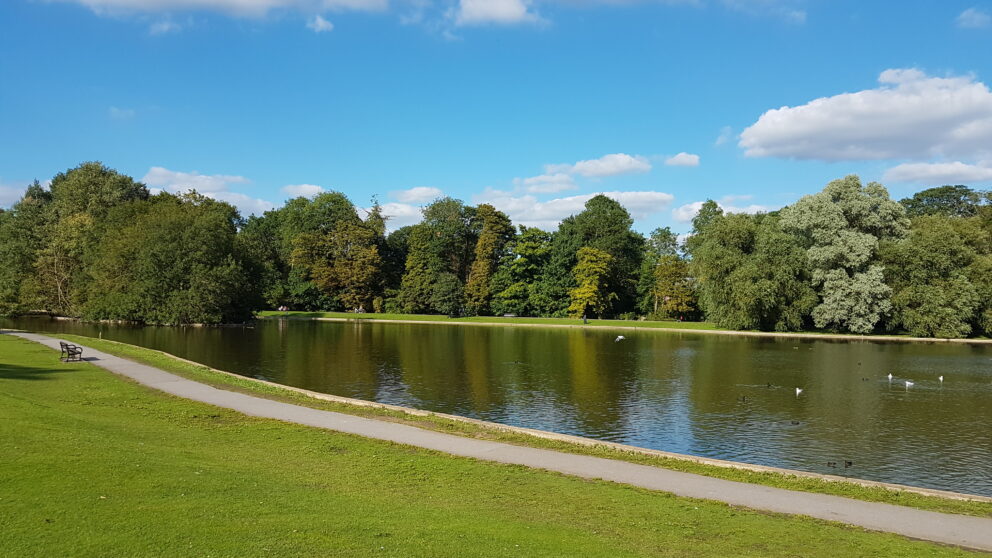 100 acres of beautiful parkland close to the city centre and is a popular attraction throughout the year with wide range of facilities. The Park is named after the Roman City of Verulamium on which it stands. The City walls and outline of the London Gate can still be seen. Verulamium Museum displays hundreds of remarkable objects that have been excavated from the ground.

In 1923 the site was the first of its kind in the country to be listed as a Scheduled Ancient Monument and is now protected under law. Visit Verulamium Museum with its hands-on discovery areas and hundreds of remarkable objects to learn about everyday Roman life in this major Roman City.

A main feature of the Park is the ornamental lake. Construction started on this project during 1929 and gave much needed work to the unemployed during the Depression. Take a leisurely stroll around the lake or alongside the River Ver which is part of the Ver River Trail. The lake is home to a wealth of water birds and Heron Island supports one of the few heronries in Hertfordshire.

The River Ver that flows through the park is a rare chalk stream fed from an underground lake called an aquifer. In addition to the ornamental lakes and the River Ver, wildlife habitats are enhanced through the use of trees and meadows, which are important for insects, birds and bats. From the Park admire the magnificent view of the Cathedral and Abbey Church, construction of which started in 1077. It is said to be located on the site of St Alban’s execution